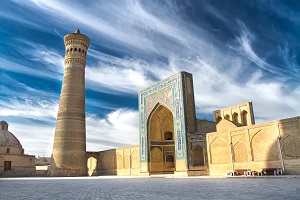 Uzbekistan is making significant efforts on key environmental issues, including tackling the consequences of the Aral Sea disaster and reforming policies on municipal waste management, biodiversity conservation and green economy. However, the country must step up measures to improve water efficiency, reduce carbon intensity and strengthen public participation in environmental decision-making.

These are among the 99 policy recommendations of the Third Environmental Performance Review (EPR) of Uzbekistan, adopted by the UNECE Committee on Environmental Policy, which gathered last week in Geneva.

Emphasizing the commitment of Uzbekistan to implement the EPR recommendations, Mr. Bakhrom Kuchkarov, Chair of the State Committee on Ecology and Environmental Protection of Uzbekistan, named the areas where Uzbekistan would welcome support from the international community. “We would appreciate support in the introduction of international environmental standards, in implementation of commitments under international agreements, in particular the Stockholm Convention on Persistent Organic Pollutants and the Cartagena Protocol on Biosafety, and in preparing for accession to multilateral environmental agreements to which Uzbekistan is not yet a party”, said Mr. Kuchkarov (see video).

In addition to substantive areas, the Third EPR of Uzbekistan assesses the country’s progress towards 64 targets of the Sustainable Development Goals (SDGs) relevant for the topics covered by the report. It examines how the global SDGs have been adapted to the national context and are being put into practice in Uzbekistan.

The EPR was prepared by a team of 19 experts delegated by different countries (Hungary, Italy and Portugal) and international organizations (OECD, WHO, UNEP and UNECE) under the auspices of UNECE. The review was supported financially by the Government of Switzerland and the German Federal Ministry for Environment, Nature Conservation, Building and Nuclear Safety and the German Federal Environment Agency through their Advisory Assistance Programme.

The Third EPR of Uzbekistan and its recommendations are available at: http://www.unece.org/index.php?id=52014