Strengthening cooperation on hydrology and environment between Afghanistan and Tajikistan in the upper Amu Darya River basin
The first bilateral meeting took place 27-29 March 2012 in Dushanbe. The press-release of the meeting is found here. A second bilateral meeting took place in Kabul 22-24 January 2013 and a third meeting was organised in Dushanbe 25-29 March 2013, the report of which can be found here. 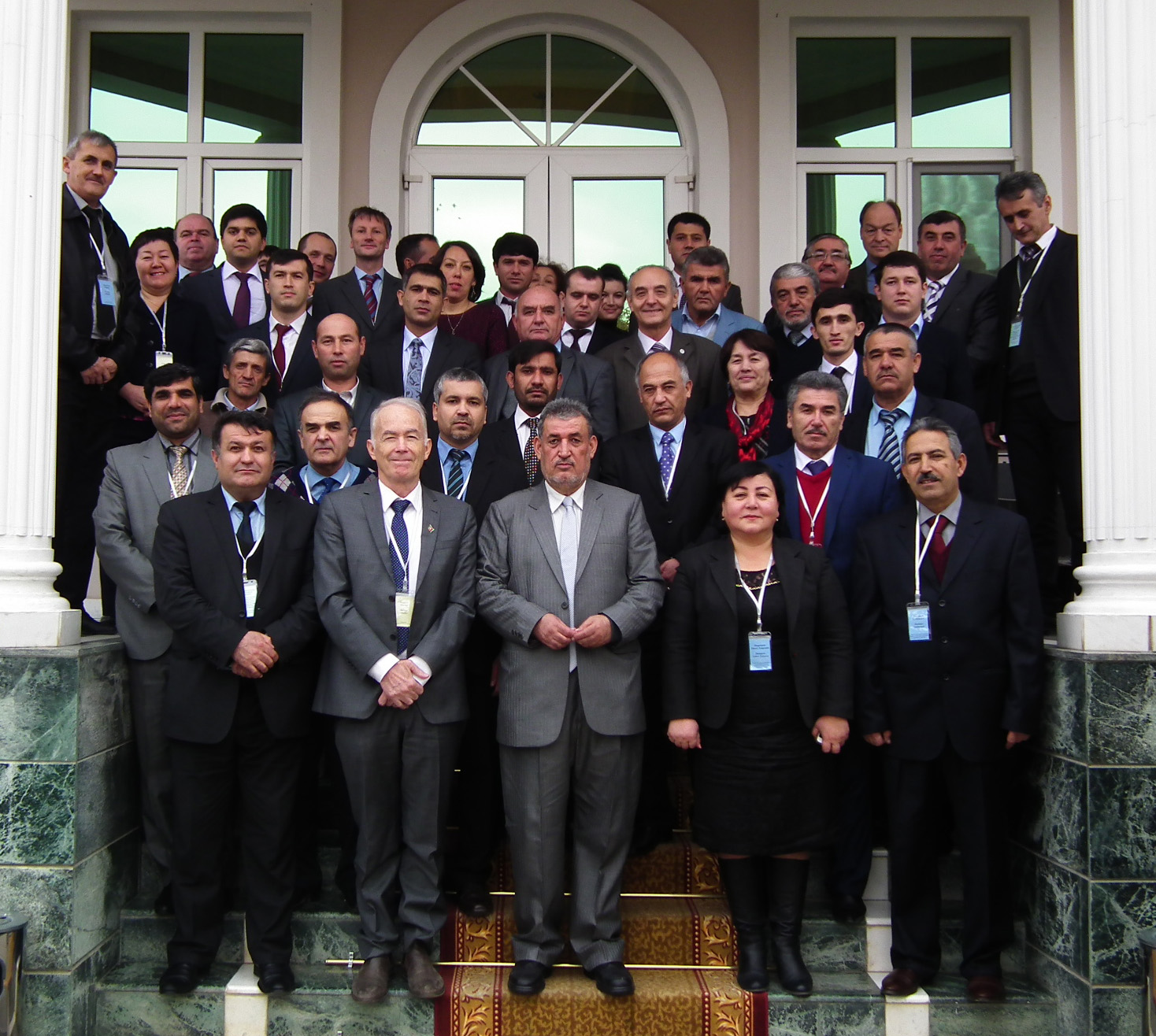 Activities in 2014 included two expeditions along the Pyanj river that were organized in summer-autumn in preparation of the fourth bilateral meeting that was held 24–25 November 2014 in Dushanbe (see the photo on the right). Meeting reports in Dari, Russian and Tajik are also available. These activities were organized in cooperation with OSCE Dushanbe and Zoi Environment Network. The key decisions made at the bilateral meeting was the endorsement of: Programmes on hydrology and environmental cooperation between Afghanistan and Tajikistan in the Amu Darya/Panj river basin were further discussed and agreed along with the possibility of a separate bilateral environmental agreement. A bilateral high-level meeting was held on 22–23 October 2015 in Dushanbe with participation of 7 officials from Afghanistan, 30 officials from Tajikistan as well as representatives from NGOs and international organizations such as the Executive Committee of the International Fund for Saving the Aral Sea, UNECE, WMO, OSCE, UNDP, FinWater, FOCUS and others. Overall, almost 60 participants attended the meeting. The meeting reviewed five years progress, events and achievements, and discussed cooperation priorities to 2020. The meeting report as well as presentations made can be found

here. In 2015 hydrology data exchange was initiated between the two countries in line with the scope of a bilateral MoU on hydrology. A hydrology training and expedition to the river took place in October 2016 (Report).

In September 2017, the project supported an environmental hydrological expedition in the upper Amudarya/Pyanj river basin and a two-day regional seminar organized in cooperation with the Association of Entrepreneurs and Mountain Farmers “Milal Inter” (Khorog, Tajikistan).

The expedition gathered ten experts from Tajikistan and Afghanistan and took place on 20-27 September 2017. It covered the area of Volusvol of Darvaz, Shugnan, Ishkashim, Vakhan on Afghan side and District of Darvaz, Rushan, Shugnan, Ishkashim in Tajikistan and aimed to study the state of hydrological, environmental and social affairs in the upper Amu Darya basin with the focus to further improve coordination of hydrological monitoring of the basin. The expedition was based on the experience of the previous expedition in 2015 and included five experts from each country traveling for a total of 8 days, spending 4 days in each country. The participants of the expedition visited the border areas of both countries, organized meetings with local communities, studied the development of hydrology and environment of the adjacent area, paying particular attention to the possibilities of using the river floodplain in the development of forests and sown areas. They also got acquainted with the state of flora and fauna and the possibilities of their ennobling in the upper Amudarya/Pyanj river basin. More information about the expedition can be found in a report available in English and Russian.

The ensuing regional seminar entitled “Dialogue and partnership on issues of environmental protection and sustainable use of water resources in the Amu-darya/Panj river basin” took place on 28-29 September 2017 in Khorog, Tajikistan. Participants of the regional seminar representing governmental, public and international organisations, mass media of the Republic of Tajikistan and relevant organizations of the Islamic Republic of Afghanistan stressed the importance of addressing the common ecological issues and the possibility of resolving them through joint efforts, including the implementation of the provisions of ”The Agreement between the Government of the Republic of Tajikistan and the Government of the Islamic Republic of Afghanistan on Cooperation in the Field of Development and Management of Water Resources of Pyanj and Amu-darya rivers” (2010). More information about the regional seminar including the programme and list of participants can be found in the meeting report available in English and in Russian.

Finally, the project supported  the development and publication of a report entitled Strengthening Cooperation in the Field of Hydrology and Environment Between Tajikistan and Afghanistan in the Basin of Amu Darya/Panj. The report provides an overview of the cooperation between the countries in the Pyanj basin, achieved milestones under the project and recommendations for future actions.  The report was shared at the High Level International Conference on International Decade for Action “Water for Sustainable Development” that took place in June 2018 in Dushanbe.