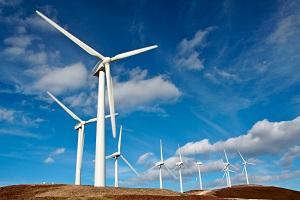 The upcoming renewable energy auctions and the recently implemented new net-metering scheme were at the centre of the discussions at the UNECE Renewable Energy Hard Talk with Serbia held on 16-17 November 2021. The two-day online event brought together over 80 representatives from various energy sector stakeholders, including investors, decision-makers, financial institutions, and project developers.

On these two topics, an open and transparent dialogue helped stakeholders to identify potential bottlenecks, find solutions, and recommend strategies, policies and actions to accelerate the deployment of renewable energy in Serbia.

Since 2019, when the first UNECE Renewable Energy Hard Talk with Serbia took place, Serbia has adopted four new energy laws designed to support the promotion of renewables. Serbia is committed to becoming a green society and has set a target share of renewables in final consumption of 40% by 2040.  The country aims at making its economy “climate positive” by 2050.

As the successful energy transition in Serbia will be centred on enabling households and the industry to become producers and consumers of green energy at the same time, the Hard Talk discussed how to strengthen current support mechanisms for renewable energy and what role net metering plays in the deployment of renewables.

In addition, the exchange of international and regional experiences led to significant insights and recommendations to benefit existing approaches and enhance potential synergies across sectors and regions. The United Nations Serbia, through resident coordinator Francoise Jacob, will follow up on the recommended steps for the further development of renewable energy in Serbia.

The Hard Talk was organized by the UNECE, the German Energy Agency (dena), REN21, and the Ministry of Mining and Energy Serbia, and supported and made possible by the German Ministry of Economic Affairs and Energy,